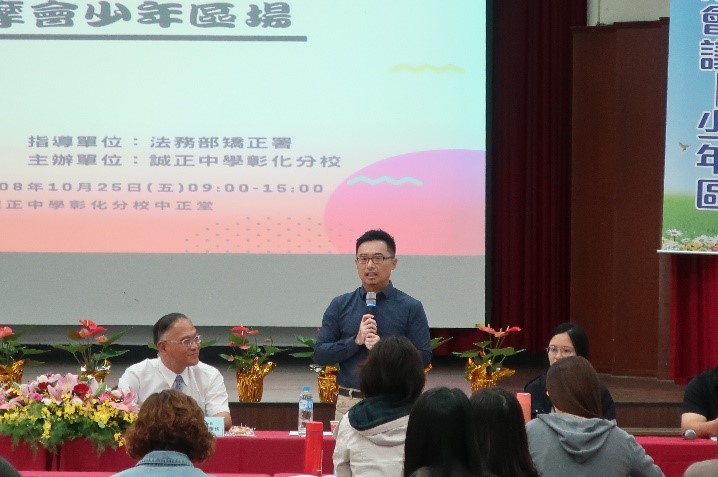 In order to assist the juvenile correction institutions to improve the connotation of "scientific evidence-based drug offender treatment model", our hospital will handle scientific evidence-based drug treatment and return at Zhongzhengtang, October 25, 2019 Watch the juvenile area of ​​the conference.
A total of 52 juvenile correction institutions and 9 external cooperation units attended the meeting. A total of 52 representatives attended the meeting. The Commissioner of the Correctional Services Department sent Shen Kehui, Commissioner Guo Shiwei and Peng Psychologist Wei Ning to guide the meeting. Dr. Chen Weijun from Zhang Binxiu Chuan Memorial Hospital and Yang Shilong from National Chung Cheng University were also invited to the hospital as moderators.
This conference is divided into the first half and the second half. The first half is a report on the treatment of drug offenders in correctional institutions using correction schools as examples. The second half is a work report taking the example of the Youth Watch Center. The Taipei Youth Watch and the Tainan Youth Watch report. Through reports from various agencies and cooperative units, they can exchange business implementation with each other to improve the planning of drug business treatment. Put the perfect period.
※ The organizer and telephone of this event: Training Section 886-4-8742111 ext. 413