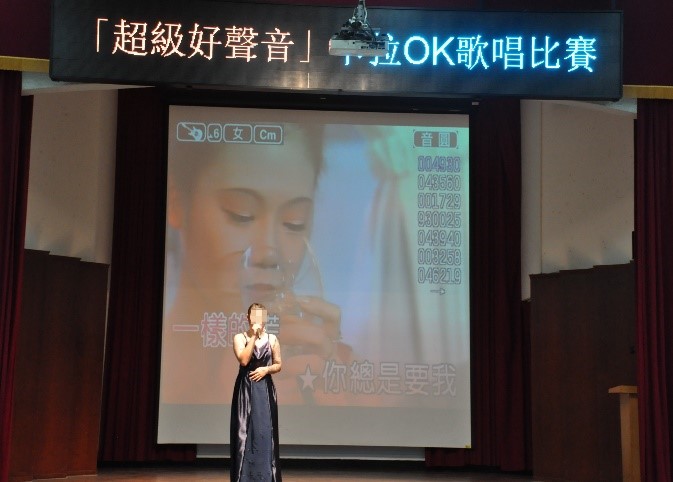 In order to enhance students' diverse learning interests, explore students' talents in singing and performance, and train students' courage, typhoon, manners and expression skills on stage, our branch school will hold the "Super Sound" Karaoke Singing Competition on the afternoon of November 27, 2020, totaling 29 A group of 44 students participated.
In this competition, the four major aspects of pitch, emotional skills, timbre, and typhoon grooming were used as the scoring standards. It is the best choice for students to participate in the representative class through internal selection. In addition to exuding personal charm, their timbre and singing skills are even better. The order of appearance is determined by a lottery by the students. Sincere emotions are closely tied to the hearts of the audience; women do not let eyebrows and eyebrows, and the female students also showed their singing skills with a song "I Just Want to Have a Home". The beautiful timbre of Huang Ying went out of the valley, which made the audience fascinated. The contestants’ singing skills, interpreting the artistic conception of the lyrics, and laying out the focus of their eyes made the venue exclaim and applause endlessly. The teachers’ cheering and encouragement showed a deeper friendship between teachers and students.
Contestants gathered in the competition, and the scores of the competition were announced. The students of Xinban won the championship, the Zhiban ranked second and Durban ranked third. In addition, two students from the female higher vocational class won the best typhoon and best performance awards respectively, and the activity was a perfect ending amidst the excitement and laughter.
※The unit and phone number of this event: 886-8742111 extension 417